All About Saturn, the “Taskmaster” of the Zodiac and its Current Energies

You may have heard recently that Saturn finally started going direct again after being retrograde (meaning it has appeared to be moving backwards) since April 30 of this year. As the kid of a professional astrologer, I get to hear a lot about the different planets and conjunctions, and what it all means for someone’s chart. But Saturn has always fascinated me the most, maybe because it feels like the bane of my existence! Kidding, sort of.

Personally, I am almost done with my Saturn return, meaning I’m closing out the typically 2.5-3 year period that Saturn has spent transiting the area of my chart it was in when I was born. Saturn returns are all about rigorously questioning where it is we really belong and what changes need to be made for our highest good, but it also depends where Saturn sits in your own chart (I recommend Indastro.com for digging deeper).

In a broader sense, Saturn’s energy is currently picking up momentum again after moving more slowly and rehashing past issues in the last 5 months. I talked to my dad, Vedic astrologer Michael Sugarman, about what we can do to work with this energy.

All About Saturn Retrograde

The biggest buzz I guess, is that Saturn finally went direct a few days ago. What insights do you have about that?

Well, yes it went direct Wednesday 9/18 after having been retrograde April 30. Saturn always represents cold hard reality, structure, the nuts and bolts of any situation, in other words, it’s not a pie-in-the-sky, dreamy planet. It’s more about hard and fast reality. It takes things, like jobs, relationships, homes, that kind of thing. But any planet, when it’s retrograde, means it’s going back over territory it’s already covered. What that means is it hasn’t completed whatever task it’s been trying to accomplish. So it’s just going back over an area to either reinforce or restructure or create more learning—reinforce the lessons, etc.

Now it’s moving ahead and it’s got four more months in the sign of Sagittarius and it’s moving ahead, little by little picking up speed. (If you follow Western astrology it’s in Capricorn, which is 23 degrees ahead of Vedic). Vedic uses the Sidereal zodiac, which is the true astronomical placement of the planets. By transit right now, Saturn is conjunct Ketu.

How do you describe Ketu and Rahu to someone who doesn’t know anything about it?

Ketu is the south node of the moon and Rahu is the north node. As the south node of the Moon, Ketu is certainly a more spiritual, intuitive, introspective type of energy. But it’s going to have some of that influence on Saturn while they’re transiting together, meaning Saturn’s transiting effects are going to be sublimated or made less obvious. But Ketu always travels retrograde and Saturn is moving forward, so that means they’re separating. What that means is that as they separate, Saturn’s practical, diligent, nuts-and-bolts qualities are going to be felt more strongly but gradually, as Saturn moves ahead and Ketu goes backwards. They’ll be exactly together as the end of the month approaches.

I don’t think so, because wherever Ketu is, it tends to create a sense of dissatisfaction or an itch. It can create a sense of drawing attention to itself because there’s a certain amount of frustration. That’s what Ketu does wherever it sits in the chart. It’s a dissolute; its energy is dissolving. A lot of this transit, as they’ve been together, depending on what house they’re in in a person’s chart, there will be this kind of chronic sense of dissatisfaction or frustration or not enough happening. But with a lack of certainty. That peaks at the end of the month and they continue separating. By October 5th, Saturn’s at 20 degrees and Ketu is at 19. Then at the end of October, Saturn’s at 21 degrees and Ketu is all the way down to 16. So it means that Saturn is a little more free to express itself.

The other thing about the end of a Saturn transit is, Saturn’s way of operating is that it will mess everything up, knock things down, test things, take away what’s not meant to stand the test of time. But typically, it stays in the house long enough to rebuild or build in a stronger, newer way. It contributes to the establishment of something about that house that is stronger than it was before. So if we’re talking for example about a transit through the ascendant, we’re talking about identity and setting up the opportunities so that as the next few months move along, in the first house, it’s about your sense of mission or career, strength, all that. Especially as it separates from Ketu, Saturn’s own energy gets to be a little clearer. It’s muddled when it’s so close to Ketu.

Any Saturn transit, especially after it’s finished the last retrograde, is all about resolving. It doesn’t go retrograde again until May 2020.

Yeah, but in Capricorn. Saturn spends about 5 months every year going retrograde.

What are some examples of Saturn’s effects on some of the charts you’ve studied?

If it’s going through the 2nd house for example, the house of money, it might cause people to take a harder look at their financial status or situation, and maybe say, consolidate things. It’s also the house of what goes in and out of the mouth, so Saturn in the 2nd house can really change your diet and make you give things up that aren’t good for you.

If it’s going through the 7th house of marriage and relationships, depending on what else is going on in the chart, it’s probably going to try and give you the right person and help you be realistic.

What’s some general wisdom you have for the Saturn return?

It can be a testing time, Saturn is always about the test. Saturn likes to put you to the test, pay up front, and then give its rewards afterwards. We also say, “Saturn will delay but not deny.” Everybody goes through it in their late 20s because Saturn comes back to its natal position. It takes that long to go around the sun. For a lot of people, maybe they’re done with their education for now, and maybe they’re settling into the idea of a more serious relationship. And they’re a little more directed or more serious about their career. Again, more than anything else, Saturn is a practical planet. It’s just trying to put you where you need to be and get you focused.

From a philosophical standpoint, why do you think the planets have an impact on our individual lives?

Well it has to do with vibration, but it also has to do with the structure of the human nervous system and the ability to respond to planetary vibrations. It’s something you can’t see through surgery or a microscope, but built in to the brain and the nervous system, we do have structures that were designed to respond to planetary influence. The Sanskrit word for planet is “Graha,” which means “to seize.” It’s the root of the word for grasp or grab or grip. So a planet is considered something that “seizes” or grabs or grips—and what it seizes is our karma.

It’s a test of your patience but there’s always a big reward. But it likes to test you up front and not really convey why you’re being tested. Saturn is the building block of the planetary stratosphere, and it’s here to teach us lessons, it’s here to make us stronger, it’s here to make us more focused and less scattered, and yes its energy is often misunderstood. And people are sometimes afraid of what Saturn can do, but whatever it takes away, we’re not meant to have, and whatever it gives, we are meant to have. 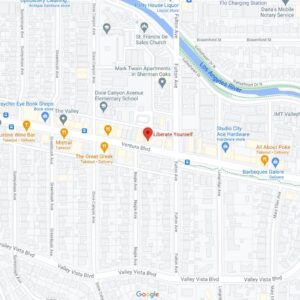 Street parking (free) on Hillhurst Ave. and side streets 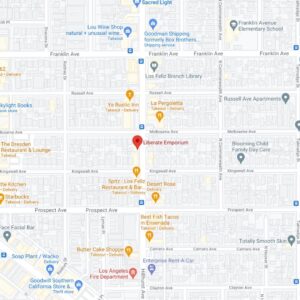 © ALL RIGHTS RESERVED, LIBERATE YOURSELF 2022
CREATED BY CODEVIX